Otters are nocturnal and are active all year around and live by undisturbed waters where there is plenty of cover, mostly by freshwater lakes, rivers and small streams as well as some coasts.

Fish are the otter’s main source of food, especially eels and they therefore rely on good fish populations. They also eat amphibians and occasional birds and small mammals.

An otter may use over 40km of river and needs many resting places throughout this range. A female otter will give birth to 1 to 3 cubs in a natal holt which is often away from the main river and must be completely undisturbed.

Otters are protected under Appendix II of the BERN Convention Act (1981), partly covered by Schedule 5 of the Wildlife and Countryside Act (1981), Schedule 6 of the Wildlife and Countryside Act (1981), Annex II and IV of the Habitats Directive, Annex II of the Conservation and Habitats Regulations (2010), Appendix I of the CRoW Act (2000) and are listed under section 41 of the Natural Environment and Communities Act (2006) making them a species of principal importance. Otters are considered to be ‘Near Threatened’ by the IUCN Red list.

This makes it an offence to disturb any animal while it is occupying a structure or place it uses for shelter or protection or to obstruct access to such a place. 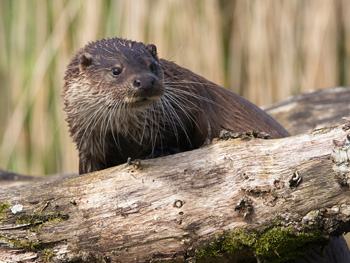